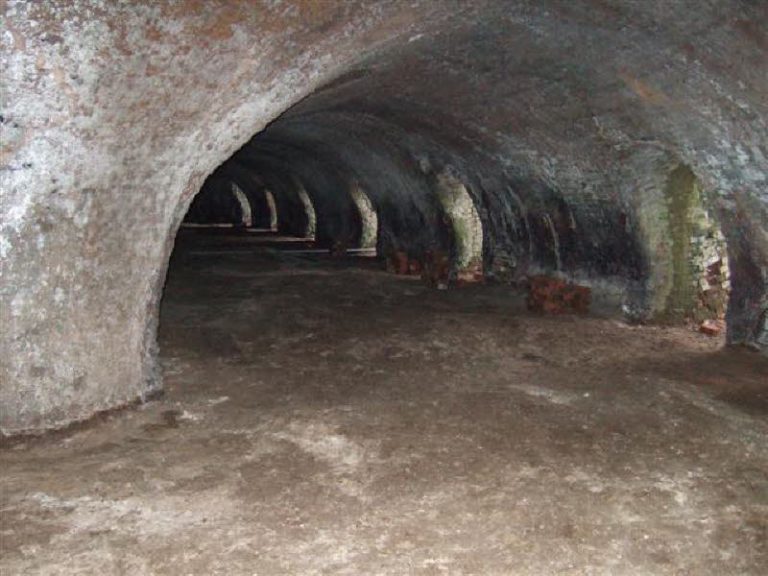 Inside the Hoffmann Kiln During Restoration

Llanymynech has been an important settlement since a hill fort was established in the 10th Century BC.  Offa’s Dyke passes through the village and mining in the area dates back to Roman times. Most of the industrial remains today are from 19th and 20th Century Limeworks. Much of the local rock outcrop on the hill above the village is the result of quarrying over the centuries. Canal and later rail transport allowed limestone quarrying and burning – to produce quicklime – to expand rapidly. Lime products were used by farmers to ‘sweeten’ the land, by builders for mortar and by ironmasters to extract iron from iron ore.

The largest structure is the ‘Hoffman’ kiln with its massive chimney – a distinctive local landmark. Today much of the area is a nature reserve, rich in natural habitats with numerous paths and panoramic views. £900,000 was made available by the Heritage Lottery Fund, English Heritage, the Aggregates Levy Sustainability Fund, Shropshire County Council, Oswestry Borough Council, British Waterways and Llanymynech and Pant Parish Council to:

The Heritage Project Will: