Out of almost nowhere, one of Shropshire’s most dramatic scenes towers above you – with harsh cliffs rising almost vertically to a height of over 200 feet. 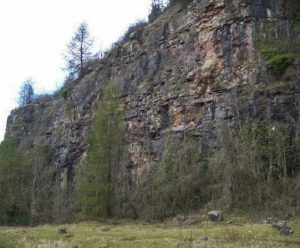 Over 2000 years of mining and quarrying have left their mark on this impressive landscape.

Llanymynech Rocks is composed almost entirely of limestone.  Originally these layers of limestone were crystallised out of sea water during the Carboniferous period, around 360 million years ago.

You can clearly see these mostly horizontal layers in the cliff face.  The variations in colour are the result of different minerals within the limestone.

During the carboniferous period this area was lying on the equator, slowly journeying north as part of a more general ‘continental drift’.  This was a hot, tropical environment, with rapid evaporation slowly laying down the limestone that formed these tall cliffs.

This area is full of fossils.  Many of these are circular crinoid fossils, which would have originally been tubular animals – rising up in the warm sea to feed on passing plankton.

Today the cliffs provide a perch for jackdaws, sparrow hawks, buzzards and even peregrine falcons. The grass and woodland attract plenty of insects and butterflies.

Meanwhile a wealth of plants make the most of the limey soil.  In spring and summer, you can see some of Shropshire’s rarest orchids teeming around the limestone grassland.  The Montgomery and Shropshire Wildlife Trusts’ nature reserve offer a home to over 300 plant species.

The cliffs look all the more dramatic because of the weathering, which has darkened the rock.  Acid rain has also played its part.  This has become much worse (and more concentrated) over the last 200 years due to the increase in carbon dioxide, caused by pollution.

Acid rain, coupled with general erosion, means that there are also occasional rock falls in this area, and you should avoid walking directly under the cliffs.

If you do want to go fossil hunting (like Charles Darwin before you), gather a few rocks from the scree (fresh rock falls are a good place to look) and then retreat a safe distance before carefully investigating what might be in your rocks.

Afterwards, leave the rocks behind.  But if you find something that looks really special, contact the Shropshire Geological Society at info@shropshiregeology.org.uk – you might have discovered the specimen of the century! 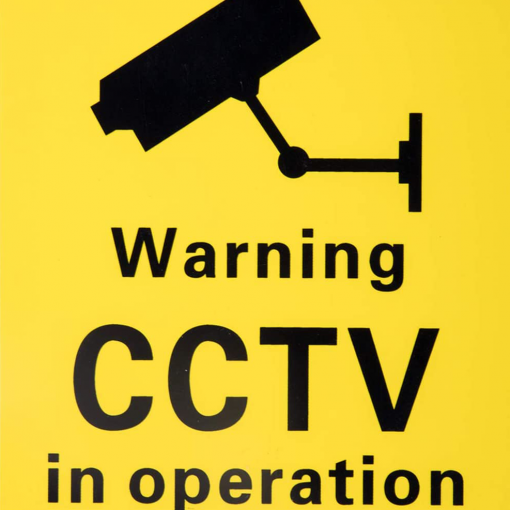 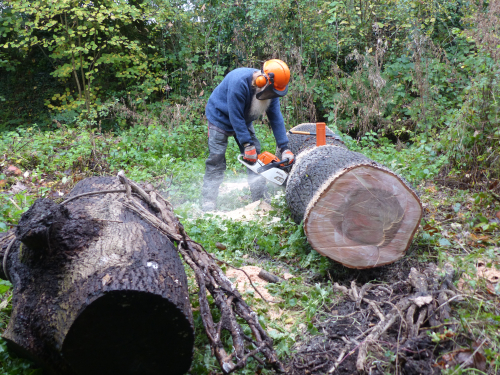